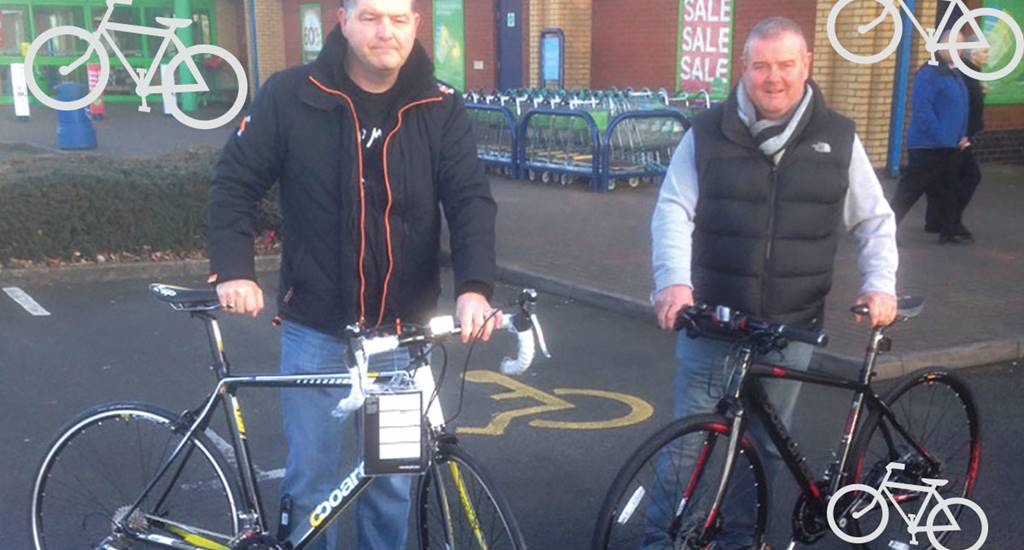 Following a recent review of the benefits we offer to our employees, HOYER UK announced the introduction of a Cycle2Work scheme, which was made available to all employees in the UK commencing on 1st January 2015.

Cycle2Work is a government tax exemption initiative whereby HOYER loan bicycles and cyclists’ safety equipment to employees, enabling them to save money on Income Tax and National Insurance. At the end of the loan period, which is normally 12 months, the employee then has the option to keep the bicycle or return it to the supplier. The main principle is that the bicycle should be used for journeys to and from work, or for part of the journey (e.g. to a train station).

The scheme is supported by Halfords, our chosen bicycle supplier, who offer an extensive range of over 30 brands via a network of 460+ stores.

Two of those employees Michael Fahey and Darren Hodson, Driver Technicians from Shell Kingsbury are pictured collecting their new bicycles from Halfords Tamworth.

After this initial launch period, the Company is currently reviewing the uptake of individuals signing up to the scheme, and also the interest that is generated across the business in order to establish when the next opportunity to join the scheme will be.