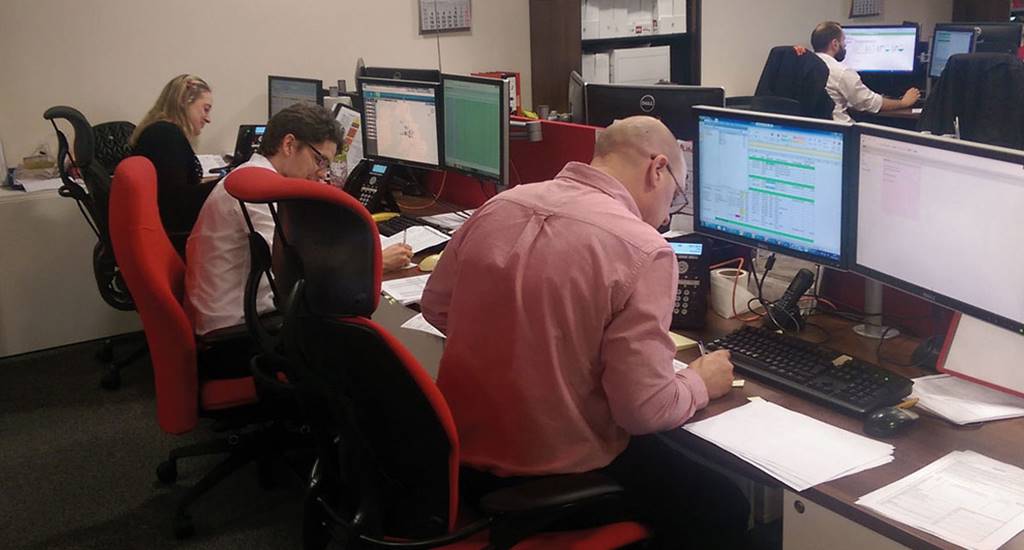 On 4th & 5th February 2015 a HOYER Petrolog UK Working Group consisting of fuels Drivers, controllers, field managers and  Huddersfield Control Centre (HCC) Managers took place in Leicestershire to focus on how to improve relationships between Drivers and HCC Controllers. This Working Group was set up as a result of feedback from the Employee Survey as well as the Directors’ Roadshows that took place in October and November 2014.

It was recognised by everyone who attended that the Driver / HCC interface was absolutely critical to the success of our business and yet, for some people, this ‘interface’ did not work as well as expected. The Working Group took place over a day and a half and looked at three distinct topics:

2) Brainstorming solutions to these problems

After a lot of honesty, head scratching, discussion and debate a framework was produced by the Working Group as to “The Way Forward”. The proposed Action Plans were split into two main areas:

It was clear from the Working Group discussions that controllers did not understand enough about a driver’s job or what problems he/she faces – whilst it was also clear that drivers had little idea of a controller’s job, what they could do and what they could not do. This understanding was absolutely critical if relationships were to improve. As such, the following actions were considered:

- Controllers to visit terminals, issue tickets and spend a day with a driver (shared learning of each other’s roles)

Whilst not understanding each other’s roles was seen as a significant reason for the lack of co-operation between HCC and drivers, it was recognised that certain procedures could also be improved. As such, the following actions were considered:

- Provision to drivers of a standard set of questions that will be asked by the controller when a driver calls in, along with an explanation of ‘Why’ these questions need to be asked. For example, when a controller asks why a load is dropped / how long the delays were etc, this is because our client asks for this information – it is not necessarily a lack of trust!

- Review putting in a new phone line with answer machine for “non-urgent” messages so as to minimise the number of calls to HCC, especially during busy periods.

- Review what drivers should and should not call in to HCC for.

Although these lists are not exhaustive, they provide an indication as to what the likely outputs of the Working Group are. Over the coming weeks and months these plans will be refined and will begin to be put into action. Please note, however, that some of these will take some considerable time to complete – for example, the Manager Roadshows absorb a lot of time of people who also have a day-job. As such, we will be unable to reach every terminal or every shift in the near future.

Either way there was a commitment to all involved in the Working Group to try to improve the current situation – everyone within the Group agreed that we all had a responsibility (drivers, staff and managers) to work with each other. After all, we are aligned in our combined objective of delivering fuel to our end customer in a safe, efficient and timely manner.