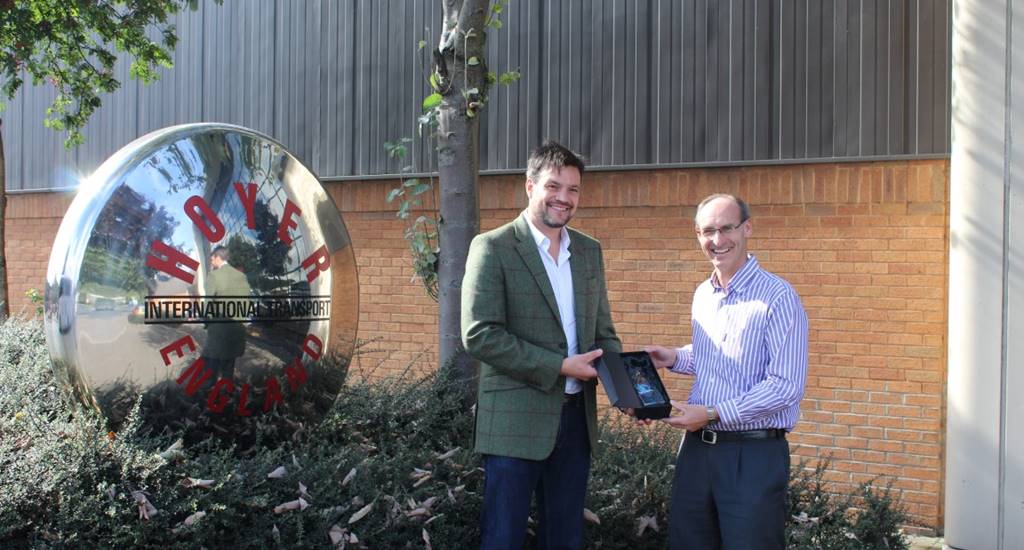 HOYER UK has won a local Shooting Stars Award in recognition of its contribution to the community around its headquarters in Huddersfield, West Yorkshire and in the wake of the announcement of a major new contract with BP.

The Shooting Stars Award, run in association with Chartered Surveyors Lucas Lee & Partners, recognises businesses in the region that are making a difference to the local community, whether through a new contract award, the creation of new jobs or through the longevity of a successful business.

Lucas Lee & Partners Managing Director, Chris Lee said “HOYER have never lost their identity in Huddersfield and to see a local organisation wining contracts with blue chip organisations whilst creating jobs at the same time is fantastic. It is clear that this contract took a lot of time, planning and organisation and the hard work has certainly paid off. Well done to the HOYER team on not just winning the award but the contract with BP.”

HOYER has run operations in the UK since 1974 and established itself as the market leader in nationwide fuel distribution with significant domestic and international operations for customers in the bitumen, chemicals, foodstuffs and air gas markets. From its Head Office in Huddersfield, West Yorkshire, HOYER directs some 1000 people and 470 vehicles deployed across 35 locations throughout the UK.

The company has led the way in offering sophisticated and individually tailored full service logistics solutions which deliver the highest standards of safety performance, customer service and efficiency for some of the most demanding blue chip customers in the world. HOYER is recognised in the UK as being an industry leader in safety management, making significant ongoing investments in driver training and equipment underpinned by a core value which makes safety the number one priority for everyone across the business.

HOYER announced last month that it had entered into a long term agreement with BP to provide bulk fuel transport and logistics services throughout the UK.

As part of the contract, HOYER Petrolog UK is set to take on responsibility for order taking, stock management, scheduling, despatch, physical execution and reconciliation of all retail fuels in the UK as well as aviation fuels in Northern Ireland.

Sean Jarvis, Huddersfield Town Football’s Commercial Director said: “This is a fantastic achievement for HOYER, I have no doubt that Mark and his team worked incredibly hard to win the contract with BP and commend them all. BP isn’t the only blue chip organisation they work with and it’s a testament to the work and service HOYER strives to achieve with its long-term strategy across the whole business.”