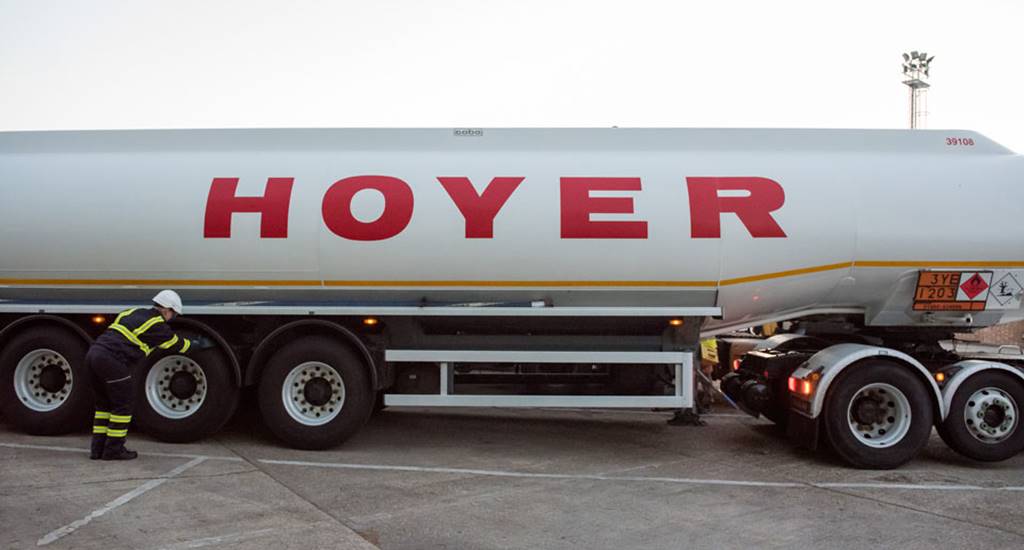 KEY changes to HOYER’s UK management team commencing this month have been announced by the business.

Allan Davison, formerly UK Operations Director is succeeding Mark Binns, taking the helm as Managing Director of HOYER Petrolog UK Ltd from 1 January. While Mark Binns is stepping back from leadership of the UK business, he will continue working with the HOYER Group with oversight for all Group Safety, Health, Environment, Quality (SHEQ) and Sustainability activity.

As well as replacing Mark Binns as MD of the UK business, Allan Davison will additionally head up the newly created Contract Division, which combines HOYER’S Petroleum (Petrolog) and Gas (Gaslog) Business Units - Mark Binns was head of the company’s Petrolog Business Unit.

The structural change to bring together the Petrolog and Gaslog units has been put into place to allow HOYER to effectively and proactively meet the challenge of the energy transition in the next five to ten years – away from petrol and diesel and towards alternative fuels such as hydrogen and LNG.

In a career spanning nearly 20 years with HOYER, Allan Davison joined the company’s Graduate Development Scheme following a BA Hons degree in Business Studies at Nottingham Trent University. He was initially assigned to work as an Administrator in HOYER’S Chemicals Business unit before becoming a Transport Manager, and then undertaking Contract Manager roles across the food, bitumen and petroleum sectors. In 2013 Allan Davison became UK & Ireland Operations Director before taking on a wider European Operations role early last year.

Allan Davison said: “Having worked for HOYER for most of my adult life, it is fair to say that I have grown up with the business and developed my skills and understanding of the complexities of our sector within the wider logistics industry working alongside a high calibre team of colleagues across the company, led by Mark Binns. Alongside the many tributes that have come into Mark from all over the industry, I must add my own debt of gratitude to him.  “Mark’s passion and energy has led to huge growth in the business, both in terms of turnover and reputation and he is handing over the business with a significant platform for further growth which is a great credit to him.”

Looking to the future, Allan Davison spoke of his own vision to build and move the business forward with a solid foundation based on a strong sense of the HOYER brand.

He said: “Whilst we are in unprecedented times, where our market has been severely affected by the pandemic, there will be no change in our overall strategic direction – the business continues to want to grow in a declining (fuels) market but can now, through combining of the two divisions, look at the transition to alternative fuels such as Hydrogen and Liquified Natural Gas in a more unified way.” (1)

“Our business is robust but we need to make sure we move with the times and stay ahead by anticipating change and moving into new areas for growth. Our great focus will remain in continuing to provide safe, high quality and high efficiency logistics solutions to our clients, whilst staying true to the values of the organisation.”

Also a graduate of Nottingham Trent University and a recruit into HOYER’s Graduate Development Scheme in 2008, Jonathan Lawrence’s first role was as a Transport Manager with HOYER’S Shell contract team working at Kingsbury, and then later at Coryton. In 2012 he was appointed Contract Manager when he established and then ran HOYER’s PETROLOG fleet.

Jonathan Lawrence said: “I am honoured at this point in my career to take on the role of Operations Director for HOYER in the UK & Ireland. I have been fortunate in progressing through the business during an exciting period of growth which has reflected the changing nature of the industry.

“I am looking forward to the challenge of continuing the growth and the success that I’ve seen at HOYER over the last 12 years”.”